The Changing Face of Encinitas 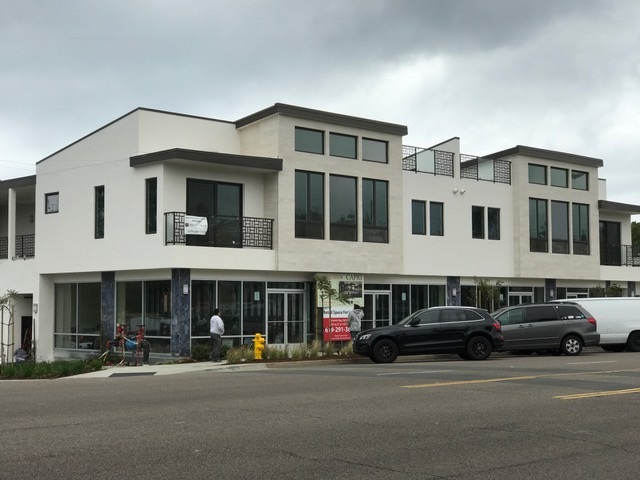 We may have reached a sustainability limit on tenant rents in downtown Encinitas as evidenced by recent business changes there. My walk this morning re-routed me into town to get some exercise since the storm surge was pushing the tides abnormally high. Lots of businesses coming and going in downtown Encinitas.

The Mexican Taco Shop that took over from Ogatta Japanese between E & F Streets may have been pressured by the NEW upstart Taco Shop across the street and The Fish Shop 101 a few blocks down. Both these eateries have amazing food at super reasonable prices and it appears the Mexican place didn't survive. It's being resurrected into a pizza place.

Philz Coffee came in with a bang! Everyone heard about the successful concept over the past year and the hype rocketed them to a more than successful soft opening. Encinitas Patch said the owner was so touched there were emotional tears of thanks shed on day #1. Haven't been there yet but coffee seems to make Encinitas run now with Philz, Lofty's and Better Buzz.....all very busy every day.

Whole Foods is closing after giving it a good shot. Facing competition from Lazy Acres and Seaside Market's expansion appears to have done them no favors. Hopefully something good and upscale will go in it's place. I went by this morning and everything in the store is 50% off. The lines were long of course.

Culture Brewing Company of Solana Beach is opening a "Tastery" between E & F Streets.  They have some information posted on the door about all the things they've been doing for the community through events they've held. Great beer always goes well with community service. Thanks for helping us out! Looks to be a good concept by what's on the front door. Tenant improvements look to be currently underway.

Gardenology is vacant now after about 5 years on the corner of E & 101. Very cute store but seemed like you could get a lot of the furniture online or at some of the big box stores. Hopefully to be replaced by something unique and fun.

I just can't figure out Via Italia.  I know the owner spends a lot of time in Italy and away from the restaurant but their remodeling has been going on for about a year and there's really no activity inside. Just a bunch of piled up chairs and tables. I did love their food and very nice atmosphere and it would be ashame to see that one go.

On the "Mixed Use" side of things there's the 2 new buildings that are going in along the 101 at The Lumberyard. These buildings look very nice although I'm not sure how the design and use of exterior materials is being approved.  After Pacific Station got finished a few years ago I thought someone might have been asleep at the wheel of the design department. The building exteriors are interesting but really integrating any of the older designs that gave Encinitas it's early "surf-style" character of the 70's. I think some more thought could have gone into that.  I do love the buildings have retail below and residential units up top. Could be a successful concept. Encinitas is pushing hard for more of that type of thing.

So there you have it as of February 2017 from Downtown Encinitas. Everything is changing but it's still got the heart of a 70's surf town so come enjoy it soon.